A place where lord Shiva himself resides.

A place where lord Shiva himself resides.

Kedarnath is a town in the Indian state of Uttarakhand and has gained importance because of Kedarnath Temple. It is a nagar panchayat in Rudraprayag district. The most remote of the four Chota Char Dham sites, Kedarnath is located in the Himalayas, about 3,583 m (11,755 ft) above sea level near Chorabari Glacier, the head of river Mandakini, and is flanked by snow-capped peaks. The nearest road head is at Gaurikund. Kedarnath has been a pilgrimage centre since the ancient times, although it is not certain who constructed the original Kedarnath temple and when. A mythological account ascribes the temple's construction to the legendary Pandava brothers mentioned in the Mahabharata. 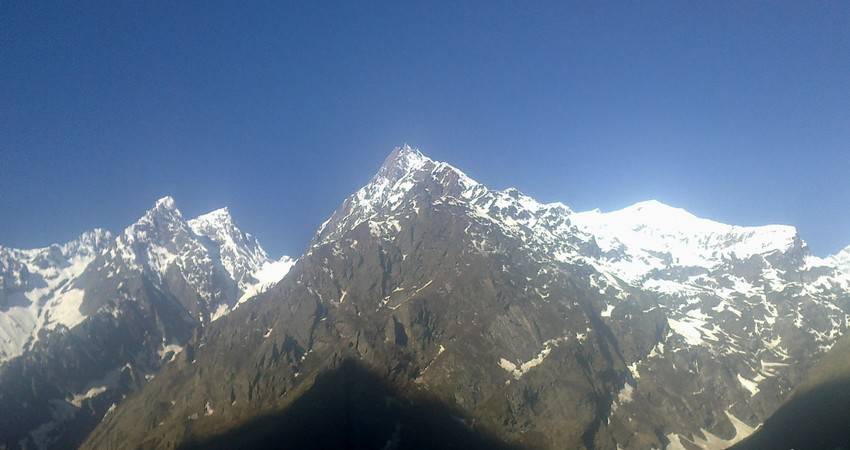 Kedarnath is located at a distance of 223 km from Rishikesh in Uttarakhand and close to the source of Mandakini river at a height of 3,583 m (11,755 ft) above sea level. The township itself cannot be called attractive, as it is built on a barren stretch of land on the shores of Mandakini river but the surrounding scenery of Himalayas and green pastures makes it a very attractive place for pilgrimage and trekking. Behind the town and Kedarnath temple, stands the majestic Kedarnath peak 6,940 m (22,769 ft), Kedar Dome 6,831 m (22,411 ft) and other peaks of the range. During winter due to heavy snowfall, the Temple is closed and no one stays in Kedarnath. For six months (November to April) the Palki with the utsava murti of Lord Kedarnath is transferred to a place near Guptakashi called Ukhimath.

Other than Kedarnath temple, on the eastern side of the town is Bhairava temple and the deity of this temple, the Bhairava, is believed to protect the town during winter months. About 6 km upstream from the town, lies Chorabari Tal, a lake glacier also called Gandhi Sarovar. Near Kedarnath, there is a cliff called Bhairav Jhamp.